Fine – One Year On

Boston’s (UK) Fine will be releasing a new, as of yet untitled, album in the next couple of months. The duo of Liam James Marsh and Alice Kat have released a taster in the shape of One Year On which is a song that reflects on a past relationship. The track was more upbeat than I was expecting with assertive vocals and fully focused guitars. The words are mighty fine too.

We have not heard from San Francisco based Torrey since last years impressive Sisters EP. New track Screens is taken from the band’s forthcoming debut album and the combination of jangling guitars coupled with the voice of vocalist/bassist Ryann suggests that something good is on the horizon. 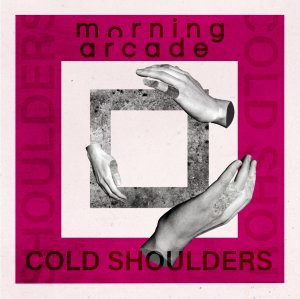 I believe Cold Shoulders is the debut single from Cardiff’s Morning Arcade. There are some lovely sounds emitting from this dreamy sounding song that deals with the less than dreamy subject of the indifference of the environmental destruction facing the planet by those in charge. The track reminds me of another song musically but I cannot put my finger on it and that’s gonna be a wind-up. Until then you can pick this one up from the wonderfully named Phwoar & Peace label.

EDIT: I think the guitar sounds like those found on Pastel Coast’s Vacation single. That’s been bugging me all day!