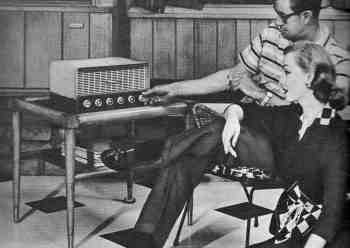 Well a bit later than usual but finally here is the mix for February 2020 featuring tracks released in the past month or so – some a bit longer. 60 … Continue reading →

Romero hail from Melbourne and this single is their debut release. And what a way to start. Honey is a blast. It’s like one of those old 7″ singles I … Continue reading →

The Sundries are an indiepop outfit from my current manor, South East London. They write that they are inspired by the likes of Belle & Sebastian and Allo Darlin’, being … Continue reading →

Massage – Michael Is My Girlfriend

Michigan’s Don’t have announced the details of their debut album Lightning Slow which is to be released on March 7th 2020 via Dreamy Life Records & Music. It contains eight … Continue reading →

The Churchhill Garden – In Light

You know you are in for a treat when Andy Jossi’s The Churchhill Garden team up with Krissy Vanderwoude who once again supplies the lyrics and voice. The combination of … Continue reading →

Red Sleeping Beauty have reworked their 2016 single Mi Amor with Spanish pop singer Cristina Quesada on vocals. It’s not the first collaboration between the two having previously worked on … Continue reading →

Neyemia Grue are a dream-pop band who hail from Sumy in the Ukraine. The Blue​-Hearted EP is the follow up to 2017s Revelations single and features five tracks. The songs … Continue reading →

Clubwater are a band from Bandung, Indonesia and I believe, unless I am mistaken, that Adult Angst is their first song for a few years now. It’s a catchy track … Continue reading →

Australian indiepop outfit Egoism have a new single out. Titled You You it’s about “someone in my life causing me a lot of pain and I wrote this when I … Continue reading →