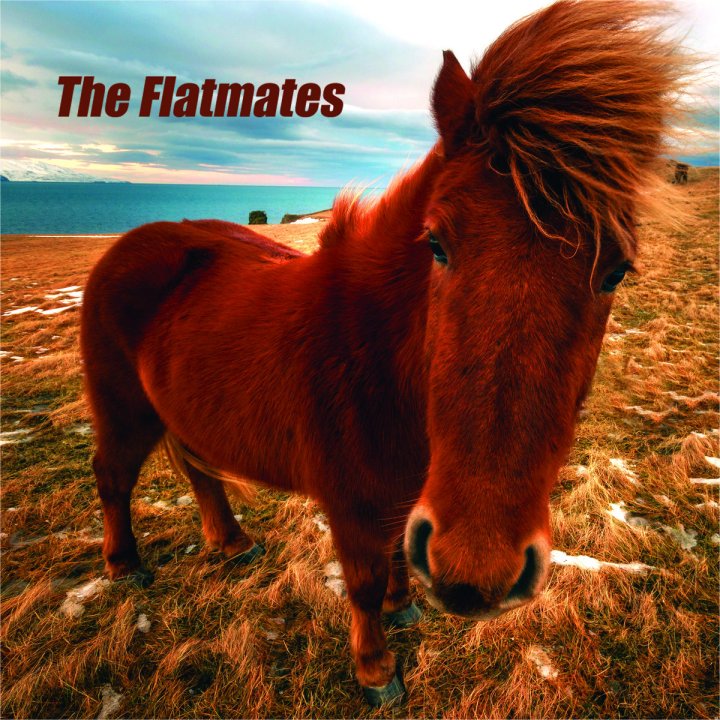 The Flatmates only existed between 1986-1989 the first time around but, like most artists on band member Martin Whitehead’s The Subway Organisation label, they have had a lasting impact. Since reforming with a new line up in 2013 they have released a couple of fine singles and played some excellent gigs – the one at London’s 100 Club a few years ago lives on in my memory!

However, despite their long history, they have never released an album aside from a couple of compilations on Claire Records and Cherry Red respectively. Well until now that is and on this self-titled longplayer they wrap up the last seven years of their history. And they do it in some style!

The album opens with last years Shut Up and Kiss Me​ single which contains fuzzy guitars, Lisa Bouvier’s distinctive voice and a swirling organ sound. That’s the band’s template in a nutshell and despite the difference in years between that single and track two, their 2013 effort You Held My Heart, they sound like they were recorded just days apart.

There is no let-up as the band plough through track after track. This includes the rock ‘n’ roll-inspired The Last Guitar In Town, the punk-pop of The Night We Murdered Love and She’s So Bad For You which is a track that could have been recorded the first time around. Cutting to the chase it’s an enjoyable album packed to the rafters with tunes to make you laugh, smile or cry. And dance!

The Flatmates is available on vinyl from Happy Happy Birthday To Me Records or on CD and digital formats from Local Underground/The Subway Organisation. Note that CD and digital formats of the album include a number of bonus tracks including the band’s covers of Prince and Cinerama which were originally found on the limited edition single that was released on Astro Girl in 2015.