Babeland is the second track to be taken from the forthcoming Sentimental album which is due for release next month. Unlike previous track Back in the Day which was a nod to the post-punk era Babeland is much more of a jangling affair and very effective it is too.

I have just realised that despite including them on a number of playlists I have yet to give Our Girl a written mention on the blog. Let’s rectify that now and mention their new album Stranger Today is due for release later this month. I Really Like It is my pick of the three singles lifted from the album so far. Excellent alt rock from this Brighton based band.

Russian band Commis Voyageur return with a new three track release that merges post punk and indiepop to great effect. I really like the singers voice too none more so than on Your Eyes. Get it from here.

Gold Muse feature members of the Swirlies, Soccer Mom and Elephants. This is their debut release and it’s dreamy stuff in a Creation era Slowdive kinda way. Not original (what is?) but it’s flippin’ good!

Watermelon Sugar (Alcohol) is taken from the fothcoming 7th album by Belfast’s Sea Pinks. Entitled Rockpool Blue it will be released at the end of September. If you are a fan of the band expect no surprises on this track where the band deliver yet another consistently good slice of their distinct brand of powerpop. 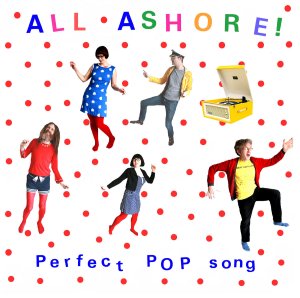 Sheffield’s All Ashore deliver a shambling C86 influenced pop song which should have been released on a flexi such is it’s retro sound.

Was it really back in November 2016 I raved about Just Another Day & Knots? Time flies…. Anyway both tracks appear on the bands recently released debut album Entra Solo which is packed with tunes of a similar stature. So far it’s the track Dawn that has been getting the listens but I am sure that will change on (just) another day!