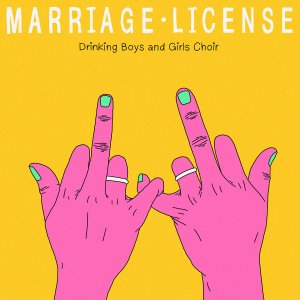 Daegu’s skate-punks Drinking Boys and Girls Choir will be releasing their second album Marriage Licence via London’s Damnably Records on July 21st 2021. It consists of 11 tracks and the label state that “Marriage License reflects a band who don’t feel it’s a time to mess about. They have honed their chops and know their targets”.

One of the tracks is titled Odoby and it’s one the played during their recent SXSW Online 2021 appearance.

Marriage License will be released in vinyl and digital formats and can be pre-ordered from here.