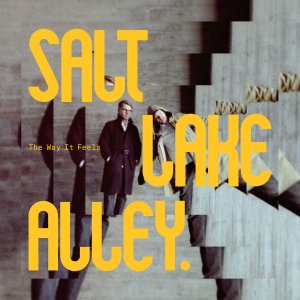 Swedish band Salt Lake Alley consist of Gustav Tranback (Paper Hearts, Dismal Plight) and Mikael Carlsson (The Honeydrips, Dorotea). They will be releasing their debut album The Way It Feels via Spanish label Kocliko at the end of the month.

The album features 11 tracks including last years But You Do, You Do single. At the time of writing, there are two tracks for streaming including the title track and the T-Rex sounding Liar Instead. If that’s not enough the band have also posted a brand new video for the track California not forgetting the one for Going Down which has been on the blog front page for the past week. If all that loveliness has whetted your appetite then you can pre-order The Way It Feels on CD and digital formats direct from the label.