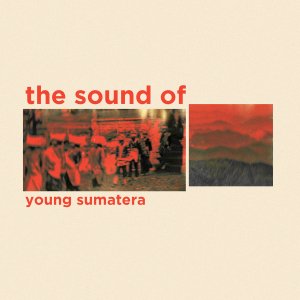 The Sound of Young Sumatera is a new compilation, alongside a play on words, from Shiny Happy Records. As the title suggests the compilation features twelve bands from the Indonesia Island of Sumatera playing indiepop, dreampop and indierock.

Thankfully the album does not simply compile twelve bands playing homage to Sarah Records which, a couple of years ago, I am sure it would have. Opener Instance by Lajur would have fitted in the aforementioned remit but here is balanced nicely by the post-punk influenced Dogdept and their contribution Subway – no further Bristol label pun imminent!

There are other sterling efforts such as Frys and their dream-pop track Lost. The female vocals were lovely on this one! Talking (listening?) of dream-pop the effort from Fulanfehan was pretty nice too and the same applies to Sunlover by twee-poppers Lazy Eye who recently impressed me on their Digital Primavera EP.

Other tracks continued to imprint their mark (Beetleflux, Moongazing and Her) but, and this is only a small gripe, given some of these tracks are almost four years old it would be good to hear some more recent stuff – that’s if the bands are still going! But then this is an introduction after all and it has served its purpose as I have already started to delve into some of the bands featured discographies.

There is some stuff here which I struggled with but by the time the epic closing track Trust No Future by Morning Blowing had finished that had been forgotten and I reflected on an enjoyable album coupled with additions to my Bandcamp shopping list!

The Sound of Young Sumatera is out now and can be purchased digitally from the label.