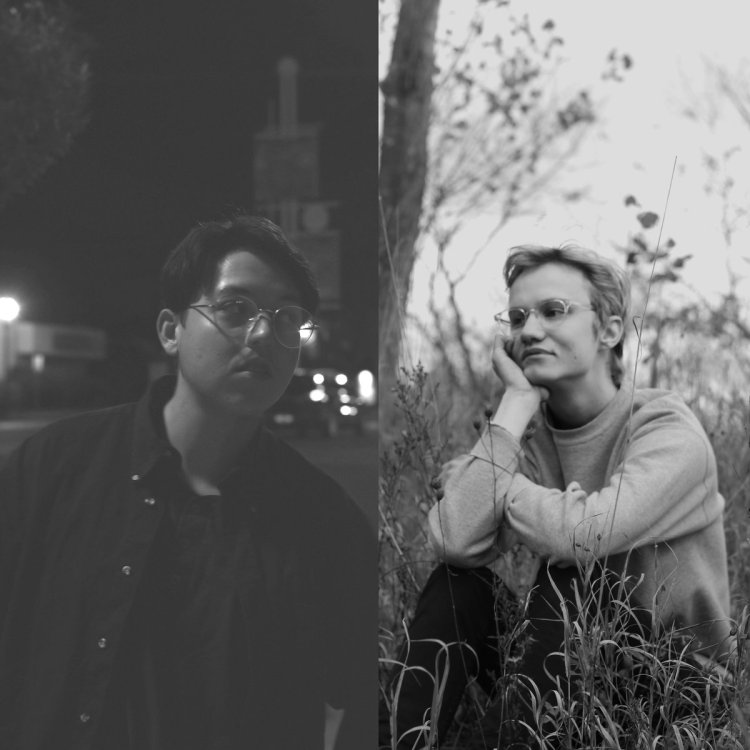 Now this is what I call a release and for which I have waited for in anticipation. Two of my favourite DIY artists come together on a split release and contribute three tracks each. This not only includes two new tracks but a cover of one of the others tracks from their latest release and both tracks chosen happen to be my favourite one from both. Result!

Foliage, who is Manuel Joseph Walker, continues where April’s III left off.  Walker’s music here is reminiscent of New Order’s guitar laden tracks from the Technique album, none more so than on Be Transparent which could (should) have you dancing around in no time at all.

Younker reminds me of Harvey Williams/Another Sunny Day in more ways than one. Both tracks are driven by synths with indiepop sensibilities. Thankful is a joy although the more restrained Unhook the Stars isn’t far behind. As for the covers both treat each others work with the utmost respect and how great would be if they came together on a collaborative release at some point in the future – er that’s a HINT!

For now this split release is available on cassette from Z-Tapes, CD from Foliage or digital from Andrew Younker. I don’t say this often enough but BUY IT!

Andrew Younker – Nervous to Exist Around You