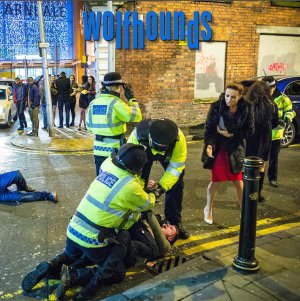 Now I’m A Killer is taken from The Wolfhound’s new album Untied Kingdom (…or how to come to terms with your culture) that will be released on Oddbox Records in October. It will be their first album comprising of entirely new music for over twenty five years.

Now I’m A Killer is a snarling track that demonstrates that class is timeless in the Wolfhound’s case as this could easily be lifted from one of their Pink Label or Midnight Music releases of yesteryear.

As for the album’s cover it’s that wonderful photo taken this past new years eve in Manchester.

Pre-order the album from here.