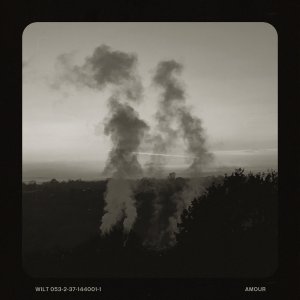 Another day and another band who have sidestepped the usual shoegazing template.

Amour, which is the new single from Mancunians Wilt, features cinematic spoken word and heavy guitars that sound like constant thunder claps over a vast, frozen wilderness. Somehow the song still maintains an ethereal feel as the sonic waves crash around the words. The vocals on the track, and the forthcoming EP from which is taken, are provided by Thomas Lee & Mayzie Cocco Walle from the Melbourne based Oceans.

That EP will be released by Shelflife Records on July 1st but until it shows you can grab Amour, and the previous single Blank Field, from Wilt’s Bandcamp page.