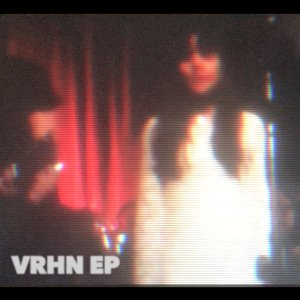 I haven’t heard Spotlight Kid sounding this much like an early Ride in ages. They manage to send my ears hurtling back over thirty years in time via the title track of their new VRHN EP. I could say it sounds that way because Kathy Heath’s vocals don’t dominate but even if the vocals were solely female rather than male the guitars still make the song sound like something from Ride’s first two EPs.

Of course, I appreciate the sound may be new to some but for an old sod like me there is nothing new here (hear?) but, when said and done, it’s still a fine track despite the aforementioned moan.

The same argument can be applied to the second track Facing The Other Way but again I appreciate that sometimes there isn’t scope for variation when it comes to the traditional shoegazing sound.

The final track here is the original demo of A Minor Character that appeared on last year’s Ten Thousand Hours album. It’s not a patch on the finished track but it is an interesting listen and contrast none the less.

The VRHN EP can be purchased digitally from here.