It’s a beautiful lockdown sunny bank holiday here in the UK as we commemorate the 75th Anniversary of VE Day. Given that reactionary politicians at home and abroad seem to peddle the same fascist policies as the people my grandfather and his generation fought against one wonders if lessons will ever be learnt.

Anyway onto the music and this weekends pack of three concentrates on post-punk/punk bands from Berlin. As for the city that’s a coincidence as this post follows on from the ACHTUNG ADK compilation I mentioned recently. Some of the bands here I found through the said compilation which is a good introduction to the Berlin DIY post-punk/punk scene.

Four fast, furious and angry songs on this one and it’s all over in just under four minutes. There are even hints of melody on Gall before the snarling vocals take over. Powerful stuff. 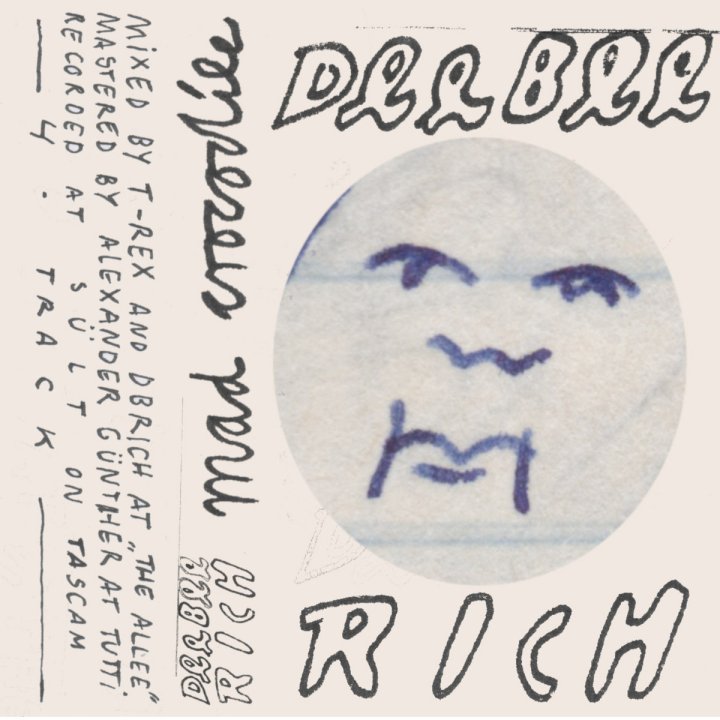 DEE BEE RICH were not on the aforementioned tape but could easily slip in unnoticed. This one builds on last years demo and the first three tracks here are taken from that release. Also included are four new tracks which, like the ones purveyed by the band above, are short and straight to the point. Some interesting stuff here especially on Drug Church and Comfort.

DBR is available on cassette from rds rec hh or digitally from the band.

Another track, the more experimental commercialize, also appeared last month.  This one deals with gentrification and can be found here.

The II Tape is female fronted Gothic influenced post-punk and features six tracks including an excellent instrumental in the shape of Hostile Reverie and the Motorhead sounding Wants In Cells. The pure goth Fiction isn’t bad either. An enjoyable romp.

I believe a cassette version is available from Static Shock or buy digitally from the band.