A quartet of post-punk tunes with some nice video accompaniment on the side!

True Faith – Feel
The follow up to the True Faith’s self-titled debut EP has been out since last month. Feel is an addictive listen with enough synth hooks to catch a shoal of fish as the song blends synthpop and goth influenced music to great effect.

Feel can be purchased from here. A new single Waiting On The Wrong Time follows next month with the band’s debut album, titled As Much Nothing As Possible, being released before the year’s end.

Otih are based in Banja Luka, Bosnia and Herzegovina and this is their debut release if you discount May’s demos. There are four songs spread across the Heroji Umiru Sami (Heros Die Alone) EP including the two tracks that appeared on the aforementioned demo. The sound is harsh and desolate coldwave whilst the vocals and words reek of melancholy. It’s the standout track Nakon Svih Vas that embraces this description at its fullest. If you are a fan of retro-sounding post-punk then this should be right up your alley. It is available from here. 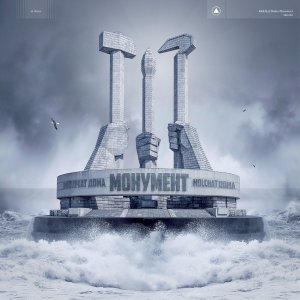 Belarussian’s Molchat Doma release their third album Monument on November 13th 2020. The band have released a preview track in the shape of re-pandemic live favourite Ne Smeshno (Not Funny). Musically there is a hint of early New Order guitar amongst the ice-cold synths whilst the normally impassive vocals take on some emotion. It bodes well for the album and I can see (hear) it surpassing 2018’s most excellent Etazhi. I am still gutted I missed them in London earlier this year before the world went bottoms up.

Monument will be released on Sacred Bones Records and will be available in a range of formats. Pre-order from here.

Synesthesia is the second single to be taken from Italian band iamnoone enjoyable debut album A Primitive Trinitas that was released earlier this year. With its bass lead coldwave, it is one of the album highlights and it comes as no surprise that it was released as a single. Catchy and danceable.

Synesthesia is out now on Cold Transmission Music.