Something For The Weekend? Three From Sweden

This week’s pack of three centres on three releases from Swedish artists.

This is epic. 16 plus minutes of krautrock /space rock/drone or whatever you want to call it. It sounds like my favourite Loop records on repeat.

Available on 12″ vinyl from Sunrise Ocean Bender. Or get it digitally.

Another slab of indiepop from Agent Blå. It didn’t grab me in the same way as the previous single Strand managed to. However, it’s still a fine track none the less. It just sounds a bit out of place. Maybe there could be an album in the offering. 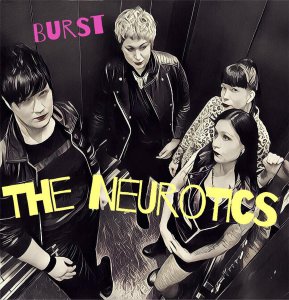 This looks and sounds like it was released at the end of the 1970’s (not to mention the band name) but it’s actually the debut release from new feminist post-punk outfit The Neurotics.

Across the four songs here they mix up new wave and pub rock to great effect with Sleep Alone standing out for me.

Available for nowt from Bandcamp.

« Something For The Weekend? Forthcoming Releases
Various Artists – CD16 »