After what seemed like aeons Young Romance finally released their debut album at the back end of last month. Because of that the album does have that “best of” feel but given the likes of previous singles Pale and Wild who can really complain?

Buy it from here or digitally from the band.

I must admit to having mixed feelings about Bubblegum Lemonade these days. I was not too impressed by July’s Beard On A Bike EP as, aside from the title track, the rest of their 1960’s inspired jangling, indiepop sounded somewhat derivative to my ears at the time. I guess you can argue that is the attractiveness of their sound but still. Somehow on The Great Leap Backward the songs sound stronger and more complete including the likes of album opener Hit The Ground Running, the melodic Tongue Tied and the surf pop inspired You Bring The Rain. I may even get give that EP a revisit!

It’s out now on Matinee Recordings. Get it from here. 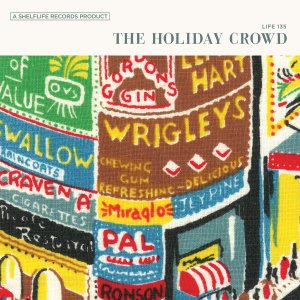 The self-titled second album is the follow up to 2013’s excellent debut Over The Bluffs. Inspired by labels such as Postcard Records and Flying Nun it shouts quality at you throughout. Lead single Cheer Up has those funky Orange Juice guitars whilst Rosy Lies could be a Smiths b-side with it’s Marr like guitars. The highlight for me, however, is the Josef K inspired I Need This Bed To Myself. Sorry for liking!

It’s out now on Shelflife Records in a range of formats or you can buy it digitally from the band. 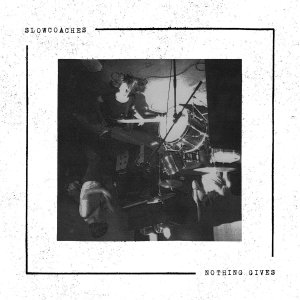 If February’s Ex Head single gave you some clues to where Slowcoaches were going the debut album should reveal all. This is noise pop at it’s finest drawing on influences from punk and garage. Alongside the aforementioned single tracks like Thinkers, Get Ripped and Surface Observations should have you bopping along quite nicely. Play loud!

Get it from here.

The Perfect English Weather are Husband/Wife duo Simon and Wendy out of The Popguns. Unsurprisingly it sounds like their main band given the instantly recognisable vocals of frontwoman Wendy. There are some good songs here such as The Sweetest Feeling, Reacquainted and Spirited Away but I am thinking it’s a shame that they did not have a full band behind them. That’s side projects for you and whilst Isobar Blues is a pleasant album to listen too if truth be told it is not that essential either.

Get it from either the label or the band.

Last, but definitely not least, is the new album from Death Valley Rally and if Bandcamp is to be believed their first material for three years. It’s well worth the wait and if you have ever pondered the link between C86 and shoegaze then wonder no more. Check out the likes of the title track, Her Sparkle Dims and Tick Tick Boom! for initial evidence then delve in deeper.

Northern Lights is out now on Custom Made Music or, as often is the case these days, you can also pick it via the band.

One thought on “Catching Up with Long Players!”