Something For The Weekend? Three New Indiepop Releases

The Golden Rail – Oh My!

The Golden Rail are a new band but there is pedigree in their ranks as band members have been involved with the likes of The Palisades and The Rainyard amongst others. Oh My! is the first single to be taken from the forthcoming album Electric Trails From Nowhere. And what a catchy single it is too, ticking all the right boxes along the way. Jangling indiepop at it’s finest.

Available in CD and digital formats from here. 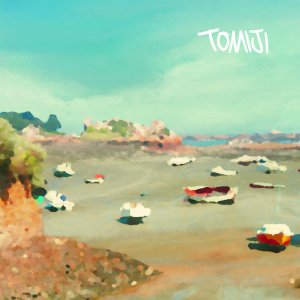 Tomiji is the side project of Thomas Guilcher of The Pale Spectres and it’s not really a surprise to hear the sounds that inspire that band appear on this EP too. The songs take a walk down Air Balloon Road via C86 Avenue (okay I made that one up) and remind me of the bands that used to appeared on Sarah Records, Subway, Creation and 53rd & 3rd. The infectious Home takes my vote but there is not a filler track here. A very good EP indeed.

For now it’s available digitally but a physical release will appear on Spanish label Kocliko in the future.

Swimming Tapes have released Souvenirs yet again. This time as part of a four track EP collating this and other tracks they have released previously. The band’s brand of dreamy guitar pop has won many plaudits and it’s not hard to hear why.

The guitars are a form of audio bait drawing the listener in until they are trapped by the melodies and hooks which relegate the vocals to a supporting role on more than one occasion. Tides is the standout track here although the whole EP is a great introduction to the band. Something new next time though eh?