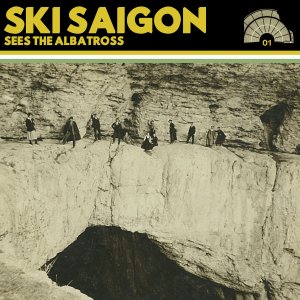 London band Ski Saigon released their debut album Ski Saigon Sees the Albatross last month. It would have been another release that would have passed me by until I heard a track from the album on a recent Emma’s House episode.

Burns the Winter Palace was/is the second single taken from the album. It features gentle and dreamy guitars with hushed vocals that tell stories of travel and adventure in faraway lands. As for the album standout tracks like Swims the Bosporus and Iran Tourist Dream allow the listener to take it all in, letting imaginations run riot.

Ski Saigon Sees the Albatross is out on Too Good To Be True, the Brest based label built on the ashes of Beko Disques on CD and Digital formats. Those in the UK can get it from the band.