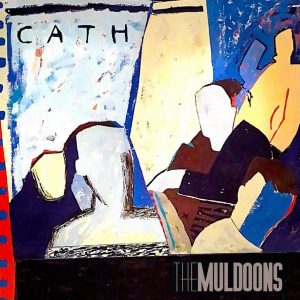 The Last Night From Glasgow label re-released The Bluebells Sisters album towards the end of last year. They are now repressing it in four additional colours and as part of these celebrations they are also releasing an album of Bluebells covers.

Titled Step Sisters the first single to be taken from it has been announced. It’s a cover of The Bluebells 1983 single Cath. The single is also the first we hear from a new member to The Muldoons line up. Niamh Mullen sings vocals and the label writes that she “composed and sung a new melody that takes the song in an exciting new direction”. It’s not a bad cover to be fair! It’s also nice to note that The Bluebells allowed the band to use an updated version of the original artwork.

Buy The Bluebells Sisters repress from here. The Muldoons version of Cath is out on Friday and is available from a range of sites. EDIT: And now Bandcamp.